View source
We are a wiki based on Jennifer Lynn Alvarez's The Guardian Herd book series that anyone can edit, and have 195 articles since opening on 01 January 2020. Our goal is to create a quality database for the series in its entirety. 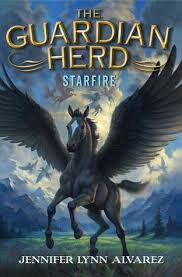 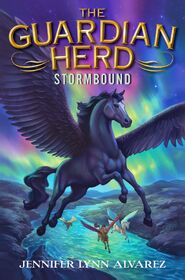 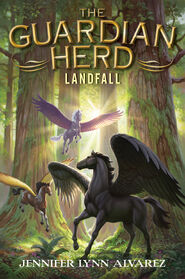 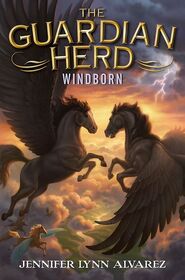 The Guardian Herd is a series containing four books under the same name. The four books are Starfire, Stormbound, Landfall, and Windborn. The main character of the series is a young black stallion named Star, who is the centre of a prophecy. He is a black foal; black foals are only born every century and earn special powers from the Hundred Year Star, which blazes like a second sun in the sky for the duration of the black foal's first year. In the series, there are five herds: Sun Herd, Mountain Herd, Jungle Herd, Snow Herd, and Desert Herd. Each herd is led by an Over-Stallion and a Lead Mare. There are captains, battle mares and sky-herders that help run the herds and train them for battle in each herd's special technique, using the set of skills they were bred with.

The story mainly tells of Star’s first two years of life, in which the herds undergo many changes and splits. After Star receives his starfire, he unknowingly awakens Nightwing the Destroyer, a treacherous steed who fled from the land of pegasi centuries ago, and the only other live black foal. Nightwing fled Anok after he received his starfire, then turned the land to ruins when he returned.

Due to how small The Guardian Herd universe is, we are allowing members of the Wikipedia like you to create your own character that could fit into this wonderful portion of the universe! By making a character you agree to the following:

1. Your character can not be a friend of the important characters (Star, Morningleaf, Echofrost, Bumblewind, ETC).

2. Your character can not be a black foal of Anok gifted with the starfire prophecy.

3. Your character can only be a background character meant to fill the Anok island with population or a deceased ancestor with the other peacefully deceased pegasi.

4. Your character must be approved by the active editors of this Wikipedia or else it will be taken down or changed!

5. Your character must not drastically change the main story/be involved with the main story in a way that would effect the canon (e.g. they speak to Nightwing and get incinerated)

6. Your character is not allowed to break the canon (this should've gone without saying, but oh well). Example: A character can not have a one-part name/cannot have an important suffix for a prefix (this is only limited to Wing- and Cloud-, as over-stallions and lead mares are the ranks that are most notable for their suffixes.) Another example: a character can not have a suffix that is reserved for a rank when they are not that rank. (i.e. a character called Vinefire who is a foal would be breaking canon.)

Thank you for reading, enjoy your time here in The (unofficial) Guardian Herd Wikipedia!

Community content is available under CC-BY-SA unless otherwise noted.
Advertisement